Twenty three years after Princess Diana lost her life in a car crash in the Pont D’Alma tunnel along with her boyfriend Dodi Al Fayed, she is still a dominating news presence. Season 4 of Netflix’s The Crown features her doomed relationship with Prince Charles.
Diana has also become the focus of major news coverage after revelations that the BBC journalist Martin Bashir may have manipulated her into agreeing to an exclusive interview that became a global sensation and known as the “ there were three of us in this marriage” interview.
Diana’s brother, Charles Spencer, has accused Bashir of hatching a bogus story, including forged documents, to persuade her that she was being spied on, even betrayed by confidantes. It was allegedly Bashir’s pre-conceived plan to provoke Diana into going public about the pressures on her by the Royal Family.
It was not long after her bombshell interview that Princess Diana accepted the invitation from a London press and media group that I was part of when I was the London Bureau Chief for the Canadian Broadcasting Corporation (CBC)
It was called the American Association of Correspondents in London (AACL) although it also included senior journalists from the CBC and I believe ABC Australia.
The AACL ‘s primary purpose was to host off the record for lunches with leading British newsmakers. We normally met at the historic Brown’s Hotel in Mayfair.
How and why Diana came to join us for this “ hot ticket”  luncheon can be explained – as avid “The Crown” watchers will most certainly know-  by the fierce competition between Charles and Diana throughout their marriage and following their break-up. Each wanted to ensure that his or her version of  leaked news stories that helped drive newsstand  sales in Britain’s ferocious newspaper wars  reflected their views. The opportunity to spin their accounts at a prestigious gathering of international journalists based in London was too appealing to turn down.
Indeed it was only after Prince Charles came to an earlier luncheon gathering that the President of the AACL Larry Ingrassia (then with the Wall Street Journal) had heard from sources close to Princess Diana that she would welcome an invitation. This was no small PR triumph as she rarely appeared at events like ours. I recall Ingrassia’s excitement when he called to tell me the big news that we were about to be the focus of the media spotlight.
I’ve now forgotten many of the details surrounding Diana’s visit on January 29, 1996, in terms of the protocol and security arrangements.  I do recall that we were not allowed to quote her in any subsequent news reports although we could characterise her visit and describe her mood and state of mind. For the lucky members able to acquire a ticket there were two opportunities to chat with her.  Before we sat down to lunch,  there were drinks and she circulated and spent time chatting with groups of 5 or 6 journalists.
She was more striking than drop dead beautiful up close I thought and even taller than I  assumed she’d be.  And yes Diana did have that superstar ability to lock her eyes on you when answering a question. It was unnerving. (The picture of Diana above was snapped as she was leaving our lunch. Behind her Larry Ingrassia)
When we sat down to lunch, I was privileged as the Vice-President of the AACL to sit on one side of her while Ingrassia sat on the other side. I can’t recall now who all was at our round table but 5 or 6  others were present and included Karen Curry then with NBC News.
We weren’t allowed to take notes under the rules of  our agreement with Diana’s press person but each of us was so engaged and concentrating so hard on listening to what was said that we were able later to write down almost everything that we’d discussed.
Some of the journalists at the table asked deeply personal questions and several of us  grimaced as the Business Week reporter asked her how she felt  about “ the possibility of Charles remarrying and the notion of another mother in her children’s lives?” She replied that “ Charles is the Father of my children  and I wish  him happiness.” But that “she’d need a box box of tissues when and if this happens.”
Another asked  why she sent her children to boarding school when she had been critical of this practise?  She replied that “ we’re like sheep in Britain and still believe that it has value…every time we’re on the motorway to Elton, William asks why he has to go back.”  She said that when she was a little girl and her parents’ marriage was breaking up, she  welcomed it as an escape from the tensions in her home.
I  asked her  about the Bashir interview. Why didn’t she give advance notice to her ex-press adviser Geoff  Crawford?  She replied almost curtly “ Most certainly not; that  he and others were dead set against the idea of her doing an exclusive interview when it had been discussed. They didn’t trust me and worried about the reaction at the Palace. “ After her “ triumphant” interview, she said that Crawford and others called to congratulate her. She then gestured in a way that dismissed as inadequate his too little, too late support. Diana emphasised that “ she doesn’t need to consult with anyone” and makes her own decisions. She did volunteer that she regretted describing herself as an “ ambassador.”
She said that Downing Street and diplomats  misunderstood and reacted by suggesting that she wasn’t “bright enough” to carry out that role. Several times in our conversation with her she referred to how the Palace underrated her.

She was drawn out on the need to reform the monarchy. She praised the Spanish model and noted that Spaniards seemed to feel close to King Juan Carlos. She seemed to imply that wasn’t the case in Britain in terms of how ordinary Brits felt about The Queen.
Asked how we could describe her mood, Princess Diana said that she was “ happy and balanced .” ( with emphasis) She spoke at some length about how many of  her problems stemmed from being “ such a strong woman; that British society has trouble coping with strong women.”
Diana said that she had given up up reading newspapers ( because of their distorted coverage) and relied on BBC and ITN for her news although she “ clicked off stores about her and the royals.”
Asked if she were unattractive and a different type of person, would the tabloids and media be as obsessed with her, she paused for a moment and said  “ You’ll have to judge that.” 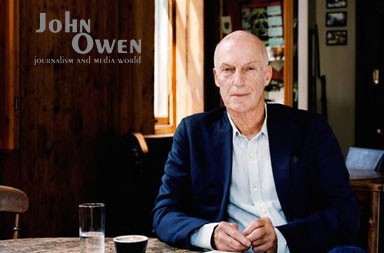 Time to turn the FCC into a real regulator 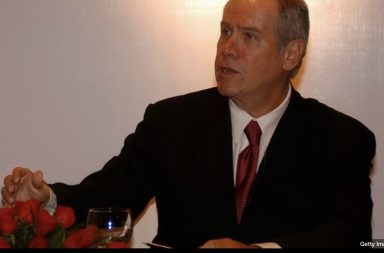 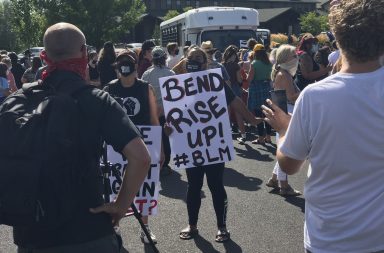